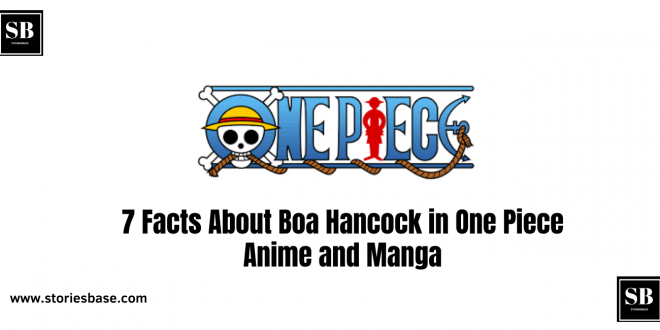 7 Facts About Boa Hancock in One Piece Anime and Manga

Here we present 7 interesting facts about Boa Hancock in the anime and manga One Piece .

Boa Hancock is a character in the One Piece anime who is known as the captain of the Kuja Pirates. Many theories are addressed to Boa Hancock .

One of them said that Boa Hancock was the mother of Monkey D. Luffy. But there is no theory that really comes close to this fact.

Regardless of the issues circulating outside, it can be said, Boa Hancock is the coolest woman in this anime . However, of course Eiichiro Oda did not create a perfect character.

Even the figure of Boa Hancock did not escape the word imperfect. Here are seven interesting facts about Boa Hancock that you need to know.

One of the attractions of Boa Hancock in this anime is her love for Luffy. In fact, Luffy doesn’t necessarily reciprocate his love.

Maybe, falling in love is not a strange thing. But the case of Boa Hancock is different. She had fallen in love with Luffy before even knowing him. Weird isn’t it?

2. How to Get Devil Fruit

Boa Hancock is a Shichibukai who eats the Mero Mero no Mi fruit. She can turn people to stone with a physical touch, also when there are men who are stunned by her beauty.

In fact, the Devil fruit that Boa Hancock has is in the deadly category.

Back to the Boa Devil Fruit, does anyone know how it works? At first, it looks like the victim needs to stare at him, while he makes careful hand movements to create a glow.

But strangely, he could only summon a heart from nowhere. Recently, it is also known that Boa Hancock can turn humans into stone just by kicking her.

4. Successfully Smuggled Luffy Into Impel Down

Boa Hancock used the Love Love Fruit she had to help Luffy sneak into Impel Down.

The trick is to smuggle Luffy under his dress. After that, he would pass the guards, who were mesmerized by her beauty, casually.

6. The Strongest Woman on Amazon Lily

Amazon Lily is a region that doesn’t care about body beauty and grace.

Here, women will be respected purely for their fighting skills. And interestingly, Boa Hancock is the strongest woman in Amazon Lily.

Let’s see how sneaky Boa Hancock can be . He once kicked puppies and seals. He had turned the entire Vice Admiral’s crew to stone.

During the Paramount War, he clearly colluded with Luffy and specifically attacked the Marines.

Smoker even noticed this, but somehow Boa got away with it. Again, aren’t there women among the Marines? Shouldn’t Boa have at least been fined for basically crippling some soldiers? but no, he was always forgiven.

With all the charisma and strength he has, it’s no wonder that Boa Hancock became one of the Seven Warlords.

This meant that Boa would, at some point, have to serve or protect the Heavenly Dragon if the Marines deemed it suitable.

Those are 7 interesting facts about Boa Hancock in the One Piece manga and anime . Hopefully this article can add to your insight about the world of anime and manga.