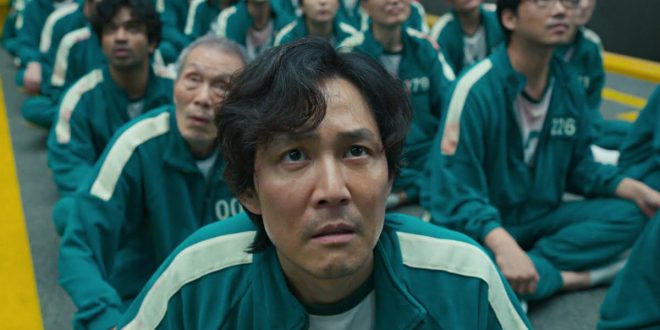 Round 6 had 14 nominations at the Emmy 2022, including in the much-coveted Outstanding Drama Series category. And why is this so relevant?

In 74 issues, this is the first time that a non-English-language series has been nominated in the main Emmy category (Outstanding Series) — usually, what happens is an International Emmy nomination. We are in front of history being made on TV, and in a very important step not only for creators outside the United States but also for consumers, whether they are Americans, Brazilians, or of any other nationality.

After all, consuming foreign products is not only enriching from the point of view that it leads us to know other cultures and customs, but also because of the opportunity to visit places that we would possibly never visit, either for monetary reasons (mainly for this reason) — or for that it is simply not possible to know everything on this vast and diverse planet that is Earth in the short time we have.

And Netflix is ​​largely responsible for this dissemination of foreign content — La Casa de Papel, Lupin, Dark and Round 6, so to speak. Hats off to how streaming became a factory for films and series from outside the United States, leveraging careers that, in other times, would only stay in their country of origin, Creative voices that would not be heard by so many people who deserved — Round 6 creator Hwang Dong-hyuk’s own script was rejected for 10 years before being picked up by Netflix.

The world changes all the time, which is great. Even better is seeing this change reflected in entertainment. The victory of South Korean Parasite as Best Picture at the 2020 Oscars was a clue, as is this Round 6 Emmy nomination and each of the series originating from the most unlikely country you’d think suddenly pumps up streaming.

It may not win, after all, competition is assiduous: the capricious Euphoria, the victorious Succession and the surprising Ruptura are giants. But isn’t Round 6 either? We’re talking about the most watched Netflix original series on the streaming service to date.

It’s not that there wasn’t quality content outside the United States and England. The door was not opened only by studios and, consequently, consumers. With every crack that opens while the barriers decrease, we all win.