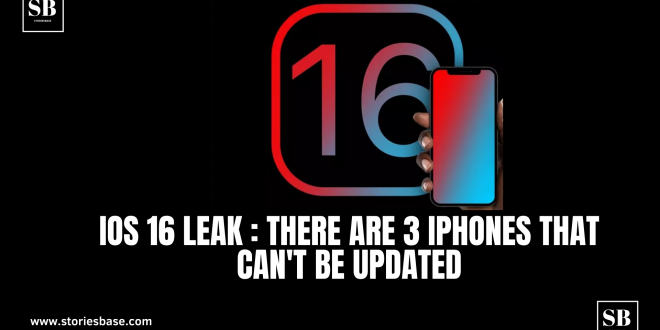 iOS 16 leak: There are 3 iPhones that can’t be updated

iOS 16 leak – Apple has just released the iOS 15.5 and iPadOS 15.5 updates with improvements to Apple Cash and Podcasts.

Apple Cash users can now send and receive money from their cards, while Podcast users can have an app that automatically limits episode storage based on criteria such as number of shows or time since release.

Apple also released updates to watchOS 8.6, tvOS 15.5, and HomePod 15.5–though those updates focus on bug fixes .

Meanwhile, the macOS 12.4 update also adds the Podcasts feature . Users can get a firmware fix to improve the quality of the webcam which is considered mediocre on the Studio Display feature.

iOS, iPadOS, and macOS updates aren’t that significant. Apple has historically stopped significant upgrades to its operating system around this year.

The focus is now likely on iOS 16 and another major revision expected to arrive in the fall or around September 2022.

When iOS 16 is announced later this year, there will likely be three iPhones that will no longer get the iOS 16 update, although now all three are still getting the iOS 15.4 software update.

Quoting the Tomsguide page , Sunday (1/5/2022), based on tipster Apple LeaksApplePro, there will be three iPhones that are now running iOS 15 , but will not get iOS 16.

If you look closely, this is not the first time rumors have circulated that the iPhone 6S, iPhone 6S Plus, and iPhone SE (2016) will not get the iOS 16 update. Last year, a different source stated the same thing.

Trending:  This is the meaning of commonly used emoji

Previously, last year when presenting iOS 15, Apple gave a pleasant surprise. Where, all iPhones running iOS 14 can be updated their software to iOS 15.

But as iOS requires more storage capacity and more powerful computing power, pleasant surprises like the ones above can’t last.

Moreover, the iPhone 6S and the first generation of the 2016 iPhone SE are 7 and 6 years old, respectively, in 2022. So it doesn’t seem so surprising if Apple discontinued iOS update support for the three iPhone models above.

In fact, getting iOS update support for up to seven years shows how good Apple is compared to various Android phone brands.

As is known, smartphone manufacturers Samsung and Google recently announced longer software support for their devices.

Even so, the steps of Google and Samsung are still not able to match what is done by Apple, which has been presenting iOS updates for years.

Tipster LeaksApplePro said iOS 16 will come with richer iOS features, interactive widgets, ‘quick action’ shortcuts that can be used from the lockscreen, and minor improvements to the Files and Reminders apps.

Based on previous leaks, iOS 16 is said to be adding a new health tracking feature and Apple’s upcoming VR/AR headset capabilities.

If you’re an iPhone 6S owner, losing iOS 16 isn’t the end. You don’t need the latest version of iOS to use your iPhone to its fullest, but you might be missing out if a really fun feature is introduced in the next generation of iOS.

Even so, having an iPhone that supports iOS 16 does not guarantee users get all the features. Previously, processing requirements for some features of iOS 15 could only be used on iPhone XR and iPhone XS and above.

Older phones don’t even have capabilities like Live Text and Audio Spatials in FaceTime.

Last year, Apple released iOS 15. There are various features and updates that are available to users through this latest operating system. One of the highlights is the new feature on FaceTime.

Citing 9to5Mac, Tuesday (21/9/2021), FaceTime has become an important feature that many iPhone users use during the Covid-19 pandemic.

For this reason, Apple is making FaceTime easier when making cross-platform calls, improving video and audio quality, and more. Here are some of the new features and improvements in iOS 15:

When there are sounds or music in the vicinity that are just as important as the user’s voice, Broad Spectrum keeps those sounds audible.

When users are looking for new ways to manage notifications and improve notifications, iOS 15 and iPadOS 15 provide major improvements in that category.

New features in iOS 15 include Shared With You. This feature makes it easy for users to find content shared by friends.

“Content that is shared with you via Messages will appear automatically in the Shared with You session in the related application. That way users will be more comfortable enjoying it,” Apple said in an iOS 15 update.

It was further stated that Shared With You will appear on Photos, Safari, Apple News, Apple Music, Apple Podcasts, and Apple TV.

The Weather app comes with a new design, realtime notifications, more beautiful animations, and more. The new design is rearranged based on current conditions in the user’s area.

For example, it’s raining outside or it’s raining soon, the app will adjust its layout to show the hourly forecast, rainfall and radar at the top.

After many changes in beta testing, Safari on iOS 15 and iPadOS 15 features an entirely new design. On iPhone, Safari now has a tab/address bar located at the bottom of the interface.

While on the iPad, the tab bar has been redesigned. iOS 15 and iPadoS 15 also feature a new Tab Groups feature in Safari.

This allows users to store and organize Tabs and switch easily. Tab Groups also sync all devices, so users can access from any Apple device. 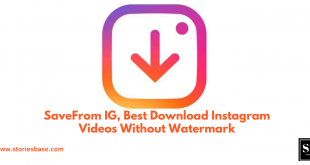