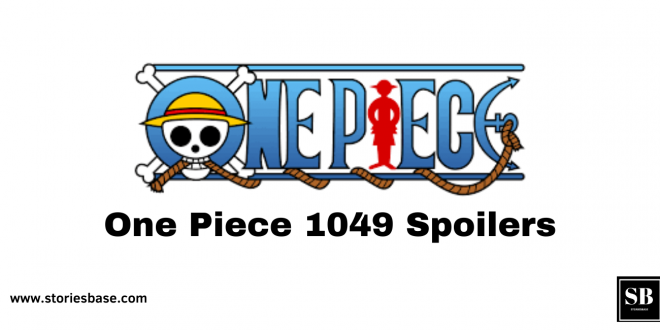 One Piece 1049 Spoilers : Kaido’s Childhood Story in the Vodka Kingdom

One Piece 1049 spoiler manga chapter in raw form has been uploaded by Redon from the Pirate King Forum Forum on Reddit .

The latest chapter of the upcoming Wano arc is still continuing the fight between Luffy and Kaido.

In the midst of the battle of different generations of pirates, we will see Kaido’s childhood story with the Vodka Kingdom.

Not only that, there will be an end to Momonosuke’s struggle to save Onigashima from happening to Wano.

Curious about the full story? Here are the spoilers for One Piece 1049.

One Piece 1049 will begin with Luffy and Kaido’s colliding attacks, where the fire dragon opens its mouth wide to face Luffy’s giant fist.

Kaido congratulates Luffy for coming this far in the battle against him. However, he told Luffy that there was no way he could change the world.

Then, Kaido’s flashback begins, this time from his childhood about 49 years ago.

The people of Kaido’s home kingdom, Vodka Kingdom were surprised to see their strongest warrior was a boy who was only 10 years old and seemed to also have ambitions to go further. He is Kaido.

The Kingdom of Vodka, 46 years before the advent of history.

The kingdom could not stop participating in the war because they had to earn enough money to pay the “Heavenly Gold” to the Tenryuubito.

Otherwise, they will lose all the human rights they have.

Kaido, then 13 years old, wondered why they had to obey the Tenryuubito, but people told him to shut up for fear that someone would listen to him.

In the royal palace we see that Kaido has been chained up and surrounded by several Marines.

The King of the Vodka Kingdom tells him that he has been recruited by them and now he must serve as a Marine.

Kaido refuses to be the “dog” of the government, the king tells him that he is too big a burden for the kingdom and they can no longer take care of him.

One of the Marines informs the king that once Kaido is handed over, the Vodka Kingdom will gain the right to participate in the Levely.

Kaido angrily interrupts him saying he is not a political tool.

Over the following years Kaido was captured by the Marines several times, but he always escaped.

Kaido actually allowed himself to be caught when he was hungry and used the prison ship as if it were a cafeteria or a restaurant.

Two years pass and the action turns into Pirate Island “Hachinosu” in the New World.

There Kaido, who is 15 years old, defeats every pirate in his path.

Then we will see Kaido join the Rocks Pirates and they become an invincible group.

Some time passed and Big Mom informed Kaido that something important had happened and they had to go to the “Valley of the Gods”, where this happened approximately 38 years ago when Kaido was about 21 years old.

Then after the incident of “God’s Valley”, the pirates “Hachinosu” found out that the Rocks Pirates had disbanded, but they couldn’t believe it.

According to them, a Marine named Garp was the one who had killed them.

Another pirate said there must be internal conflict in the group, because the concept of teamwork doesn’t seem to exist in the brains of the group members.

Young Big Mom is very angry, she is looking for Kaido.

10 years have passed since the “Valley of Gods” incident, or 28 years ago, when Kaido was around 31 years old. Kurozumi Higurashi went to visit Kaido at his base.

Higurashi tells Kaido that he is the “personification of power” and violence has been the solution to everything throughout history.

After all, humans are “animals” and only the strongest survive. Nature is like that.

Kaido agreed with her words.

Higurashi says that the remnants of the Rocks Pirates will appear soon, and the world will be ruled by weapons.

He then tells her that he has a lot to offer Kaido.

The story switches to the time after Oden’s death. Kaido talks to his subordinates in his palace.

“There are people who are born royalty and powerful people who take peace for granted,” Kaido said.

“Let’s drag them to the battlefield. That’s the true meaning of equality and freedom. Only in war can one’s worth be determined,” he said.

Kaido talks to King, telling him he doesn’t know how it happened, but Yamato starts mentioning Joy Boy’s name.

He also tells her that he believes Oden’s desire to open the country’s borders is preparation for Joy Boy’s arrival.

Back in the present, we will see the surviving CP0 agents move away from Onigashima using Geppou (Moon Walk) in the air.

Momonosuke sees Luffy and Kaido’s clash of attacks and says the Straw Hats will win.

Yamato tells him not to linger and Momonosuke keeps trying to create a cloud of fire.

The impact was so strong, that Kaido was embedded in the Wano soil very deeply.

At that time we will see the end of the conversation about Joy Boy that Kaido and King had years ago.

“The type who can beat me in the future,” Kaido said firmly.

On the last page we will see that Onigashima has managed to land on Wano land without any major damage.

Momonosuke fell to the ground exhausted.

Luffy also fell from the sky, exhausted and with his eyes closed.

Meanwhile, it was informed that the production of One Piece will be off next week.

So One Piece 1050 will not be released next week.