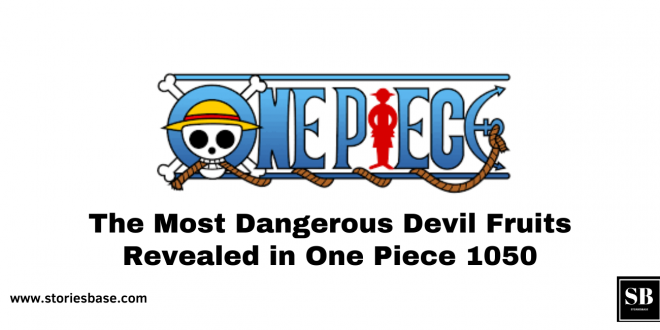 The Most Dangerous Devil Fruits Revealed in One Piece 1050

his is the spoiler of One Piece 1050 which tells about the most dangerous devil fruits .

A number of One Piece 1050 spoilers began to appear on the internet with various surprising theories for fans. One of them was revealed about the most dangerous devil fruit in the manga and anime One Piece.

So what are the spoilers in One Piece 1050? Read on for this article to the end.

When talking about the most dangerous devil fruit , the name of the swordsman of the Blackbeard pirate group , Shiryu, was still a mystery until One Piece 1050.

One of the mysteries up to One Piece 1050 is regarding the true potential of his devil fruit power named Suke Suke no Mi.

From the various grids given by Eiichiro Oda, the Suke Suke no Mi is allegedly the most dangerous devil fruit in the world of One Piece.

The following is a discussion of One Piece 1050 regarding instructions from Eiichiro Oda about the most terrible devil fruit that Shiryu has:

It is known that the Suke Suke no Mi is a devil fruit previously possessed by Absalom. This devil fruit allows the user to become invisible or see-through.

He is a swordsman who once worked as a warden in the most terrible prison, Impel Down.

Reflecting on the current One Piece story, maybe everyone agrees that the Suke Suke no Mi devil fruit will not be very useful.

This is because of the existence of a haki called Kenbunshoku. This Haki is useful for analyzing the surrounding environment.

Even when reaching a high level, Kenbunshoku Haki can read the next few seconds.

With this ability, it feels like the ability to disappear is no longer worthy of being crowned the strongest.

Evidence of the power of Kenbunshoku Haki can be seen in the battle between Sanji vs Queen.

At that time Sanji was known to be able to know the Queen’s position even though at that time his body had turned transparent.

Of course there is a significant ability difference between artificial and natural transparent abilities like the Suke Suke no Mi devil fruit .

In the Thriller Bark Arc, Absalom can make Nami, the person he touches, disappear as well.

That is, with the Suke Suke no Mi devil fruit , the user can also make the objects he touches become translucent.

Such abilities are certainly very much in line with the concept of Blackbeard ‘s pirates , who were strategic and didn’t like to take risks.

Blackbeard is known to only interfere in a fight if the fight is truly beneficial to his group.

Then with the concept of Resurrection which recently emerged. It is very possible that Shiryu will be able to reach the Awakening level later.

His Suke Suke no Mi Awakening Power also had unlimited potential. One of them is the conjecture that Shiryu can transform anything invisible without touching it.

He could even make buildings or ships transparent from a distance. Then even though Kenbunshoku Haki users have started scattering, Awakening Shiryu seems to be an exception to the detection ability haki.

It’s not even impossible that later with the power of Awakening, Shiryu will not be touched at all. His devil fruit abilities will also be very useful for the Blackbeard pirate group .

You can imagine if all of Blackbeard’s troops and warships were made transparent. Blackbeard ‘s winning percentage in any future wars will certainly be much greater.

Moreover, from the news circulating, it is said that Zoro will fight Shiryu someday.

That’s the spoiler for One Piece 1050 regarding the power of the most dangerous devil fruit in the Luffy pirate era. Hopefully this information can add to your insight about manga and anime .