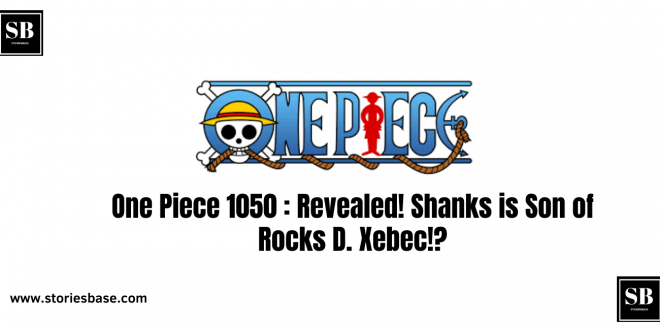 The release of One Piece 1050 will be delayed due to Oda Sensei’s holiday for another week.

However, it is estimated that One Piece 1050 will return to discuss the yonkou’s past, perhaps back when he was still a Rocks crew .

Previously, Oda Sensei had given an idea of how small Kaido was until he ended up in Wano.

However, it was only for a moment, so in One Piece 1050 there is an estimate that Kaido ‘s past will be explored more.
In an earlier flashback, Rocks seemed interested in Kaido and had Whitebeard recruit him.

Over the course of the Wano arc, it has revealed a lot of important information regarding the Rocks Pirates .

As it turned out, the crew of the Rocks Pirates consisted of them both legendary and powerful people.

How come? Three of his crew are yonkou in the future, until finally experiencing defeat 38 years ago before the story now begins.

Rocks D Xebex itself is touted as the most dangerous and strongest pirate of its time.

However, of course it’s a word from the World Government, it feels very strange considering that Whitebeard like that entered the most evil pirate in his youth.

Besides Whitebeard and Kaido , of course, readers also know that Shiki and Big Mom were once part of the crew.

In the battle in the Valley of the Gods, where Rocks suffered defeat, it took Roger and Garp to finally finish him off.

According to Sengoku, members of the Rocks Pirates are extremely ruthless and will kill friends and foes alike.

In addition, the lack of camaraderie between them causes crew members to kill each other constantly even while at sea.

In one of the chapters, Whitebeard once mentioned someone who hurt him in the past.

He said the wound he got from a man became itchy every time he saw Shanks ‘ face .

It could have been Roger who injured him, but he was too close to the Pirate King to simply refer to him as ‘that man’.

Besides, it was clear that Shanks was not Roger’s son and there was no resemblance between them.

Trending:  5 Most Battles Want To See Before One Piece Ends

He might have assembled his crew in the first place based on his own strength.

It’s likely he was given the choice of whether they would surrender voluntarily or be crushed first, something his disciple Kaido later imitated .

Therefore, there is a possibility that the man Whitebeard meant was Rocks .

If true, this would be a sign that Rocks is Shanks ‘ father , and it was that resemblance that made Whitebeard ‘s wounds itch every time he saw him.

It was also a possibility that made Shanks wary of Blackbeard, who wanted to fulfill the dream of his idol, Rocks D Xebec.

However, this is still a theory, it will probably be revealed in Kaido ‘s flashback in One Piece 1050 after the holidays.