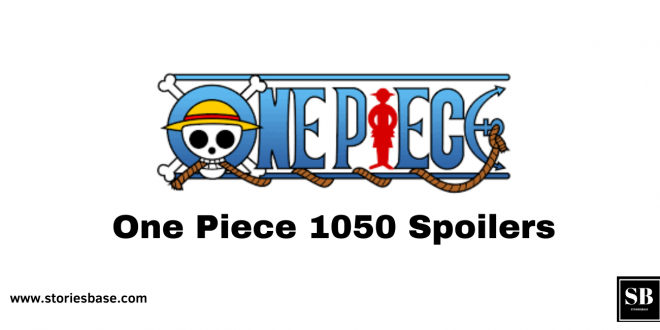 Here are the spoilers for One Piece 1050 that are starting to appear. In the manga Kaido mentions that if the strongest haki user is Garf, Luffy’s grandfather is not Roger .

One Piece 1050 spoilers mentions that the fight between Kaido and Luffy is getting more and more intense and there are no signs of ending.

In this spoilers , it says that in the One Piece 1050 manga it is said that Luffy ‘s grandfather , Garp is stronger than the Pirate King Gold D. Roger.

The following is a discussion of One Piece 1050 spoilers regarding the strongest human according to Kaido .

As is known, the last few chapters, especially when Kaido talked about the Pirate King.

Kaido said that Roger can rule the ocean without using the power of the devil fruit .

So the focus of the story can be directly on his haki abilities because Kaido continues that haki is the most needed ability.

Kaido indirectly states that the ability haki is more important or above the devil fruits .

However, based on Kaido ‘s words , Garp is far more shining and superior than Roger.

When compared in detail one by one between Garp and Roger. Roger was a swordsman who in other words he had used a tool.

Especially after it was confirmed that his sword was included in the list of the 12 best swords in the world named Ace.

While Garp is just a haki power user without any additional privileges or powers such as devil fruit , weapons, and swords.

Even his partner Roger, Whitebeard also has a devil fruit and extraordinary weapons. His devil fruits is the strongest Paramecia and his weapon is also included in the 12 best swords in the world called Murakumogiri.

Fans can say Whitebeard has two privileges, namely a sword and a devil fruit .

But at that time Whitebeard was known to have the same power as Garp and Roger. Meanwhile, Garp only relied on his fists which basically had the power to hit everyone.

Although “only” has that ability, in fact Garp can match many legendary figures.

If you look at Garp ‘s biography , he is a man born in the Kingdom of Goa, Dawn Island where Sabo, Luffy , and Ace grew up. Oda also once showed a photo of him when Garp was a child.

Currently, Garp is 78 years old. But the peak of its glory occurred 38 years ago. At that time Garp worked with Roger, Garp managed to defeat the very powerful Rocks pirates on God Valley Island.

Three of the Rocks crew are figures who have now become Yonkou, namely Whitebeard, Big Mom, and Kaido .

You can imagine how strong Garp was at that time that he managed to defeat the terrible Rocks and his men.

After that incident Garp was given the award and nicknamed the Hero of the Sea. Then the title of Garp the boxer also appeared after he managed to defeat the strongest head in the world belonging to Don Chinjao.

Kong, who used to be Fleet Admiral, always recommended Garp to become Admiral. But Garp refused because he didn’t want to be an errand boy or direct subordinate of the Tenryuubito.

This is evidenced by Garp, who only relies on boxing and his Haki abilities alone can be compared to legendary figures such as Roger and Whitebeard.

That ‘s the One Piece 1050 spoilers which reveals that Luffy ‘s grandfather Garp is stronger than Roger according to Kaido . Hopefully this information can add to your insight about anime and manga . .