One Piece Chapter 1053 : Many Fans Disappointed?

One Piece chapter 1053 spoilers keep popping up. Finally, the bounty poster for the three Supernovas who defeated the two Yonkou in Wano appeared.

In the One Piece manga spoiler chapter 1053, the bounty of the three pirate captains Monkey D Luffy, Trafalgar D Water Law and Eustass “Captain” Kid is the same. The world government aka the navy values ​​the three 3 billion Belly.

The determination of the same bounty price seems to have made One Piece fans disappointed and rubbed their chests. They think, at least, Luffy has a slightly higher bounty than kid

Their reason, Luffy defeated Kaido alone. She is also known to have consumed a forbidden devil fruit and awakened to become Sun God Nika.

Besides that, Luffy is also a bad boy. Unlike Law and Kid who beat Big Mom together.

But that’s the strength of the comic writer Eiichiro Oda. Very good at stirring up the emotions of his fans.

One Piece Chapter 1053 : Many Fans Disappointed?

Maybe the OP fans don’t think about it, the reason for giving bounties is not only that people are able to fight their own enemies or gangs. There are other considerations that become the benchmark of the navy.

For example, how dangerous the pirates are to the balance of the world and the threat of doing damage on earth.

As Shakky once said to Luffy at the Shabaody cafe. At that time Kid’s bounty was higher than Luffy. Because Kid has a threat to destroy the fabric of society.

Mathematically the number of bounties for Kaido and Big Mom is 9 billion Belly. Now, this number is divided by three, so each is 3 billion Belly. 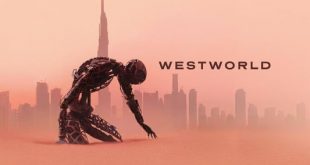