One Piece: The Strongest Haki Users!

The world in the One Piece story by Eiichiro Oda is indeed full of various uniqueness and characteristics. One of them is the devil fruits, which gives the user a variety of unique abilities according to the fruit they consume. However, besides devil fruits, there is another unique thing that characterizes One Piece, namely the power of Haki.

There are three main types of Haki in the story, namely Observation Haki, Armament Haki, and Conqueror Haki. Two of the three Haki people can learn or practice. However, for Conqueror Haki not all can do it / use it. Haki is able to withstand all enemy attacks, whether using a devil fruit or not. Here are the strongest haki users in the One Piece story.

What Is Haki in One Piece

Haki is a unique power system that appears in the One Piece series. Based on the explanation above, there are several characters who are included as the greatest Haki users. And if you look at the story, it seems natural that the characters above fall into that category. What do you think geeks?

As the protagonist in the series, it’s not surprising that Luffy has the ability to use Haki. Luffy is even able to control all Haki, which not all characters are capable of. Luffy’s Haki was trained by Rogers’ former pirate crew, Silvers Rayleigh, on an island.

In his fight against Katakuri, he was even able to awaken the ability to see briefly into the future with his Observation Haki. However, the development of Luffy’s Haki ability does not stop there. He had already learned more about Armament Haki from Hyougoro in the second half of Wano. In addition, Luffy also immediately adapts to Kaido’s battle, making him able to awaken Advanced Conqueror Haki. Thanks to the power of Haki he was also able to finally conquer Kaido.

Charlotte Katakuri is one of the children and also the right hand of Big Mom. Katakuri is the most powerful figure compared to Big Mom’s other subordinates. Katakuri has a bounty of 1.057 billion Belly. Just like Luffy, Katakuri is also able to control all three Haki. With his Haki abilities, katakuri are feared pirates in the New World.

So far, thanks to his abilities and Haki abilities, Katakuri has never lost a battle. He’s only lost once in his life, namely when fighting against Luffy. Even though Luffy managed to win, he had to work hard to do so. Katakuri even became one of the most powerful opponents Luffy has ever faced. His Armament and Observation Haki are still superior to Luffy. 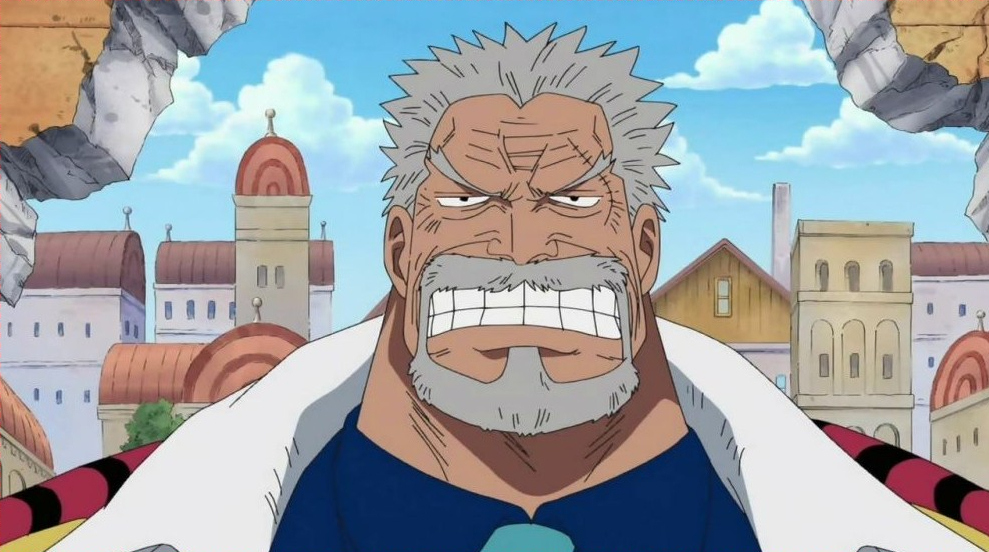 Monkey D. Garp is Luffy’s grandfather, and is also one of the strongest characters in the series. Garp is more popular as a true rival to Gol D. Roger, because so often they clashed. Garp is also known as a naval hero thanks to his strength and cooperation with Roger in dealing with the Rocks pirates.

Even though he doesn’t have the power of a devil fruit, people know him as a very terrible figure thanks to his Haki abilities. Garp mastered one of the Haki, namely Armament Haki, where the level was already very high. The proof of his awesomeness is that he was able to defeat the pirate Don Chinjao with just one hit. He can destroy mountains with his power. The king of darkness and Roger’s former pirate crew, Silvers Rayleigh. He is a character who trains Luffy’s Haki abilities. So, it’s no wonder Rayleigh’s power in Haki is extraordinary. Rayleigh also mastered all types of Haki, all thanks to his fighting experience when he was on Roger’s pirate crew.

Just like Hyougoro did, Rayleigh was able to destroy objects from the inside just like he did when he destroyed Camie’s explosive bracelet. Given his terrifying abilities, it was natural for the navy to still consider him a threat even though he was no longer young. Although many people argue about his title as the greatest pirate in history, what is certain is that Whitebeard has the title of being the most powerful man in the world. Before becoming a Yonko, he was part of the Rocks pirate group. Only then did Whitebeard form his own pirate crew and dominate the Grand Line region.

In addition to the ability of the Gura Gura devil fruit, Whitebeard also has powerful Haki abilities, especially Conqueror Haki. Like Silvers Rayleigh, despite his old age Whitebeard remains one of the feared characters. But, unfortunately, he had to die in order to protect his men and open a new era. Besides Whitebeard, the other strongest pirate is Kaido. Naturally, because both Whitebeard and Kaido were both in the same ship when working for Rocks. D Xebec. Kaido has the ability to control all types of Haki, but what he often uses is Advanced Conqueror Haki.

The awesomeness of Kaido’s Haki ability seems to have been clearly proven during the battle at Onigashima. How Kaido withstands Luffy’s attacks, Red Scabbards, and various other attacks proves Kaido’s extraordinary level of Haki. This is also what later earned Kaido the nickname of the most powerful creature in the world. Big Mom is one of the four rulers of the ocean, and is also one of the strongest characters in the One Piece series. He often uses the power of the devil fruit that he has, where he is able to manipulate a person’s soul. However, in certain situations he will also use the Haki he is good at.

Big Mom is a user of all three types of Haki, which is not surprising since she is one of the rulers of the ocean. In his fight against Luffy, Big Mom once attacked him easily even as if Luffy was not a serious threat. He even held off Luffy’s Gear 4 without difficulty.

Shanks is the captain of the Red Hair pirate crew and is one of the most powerful and admired pirates in the Grand Line. He is also one of the Yonko, a nickname he got since six years ago. What’s unique is that unlike the other Yonko, Shanks doesn’t have any devil fruit powers.

Haki is a weapon he always uses in battle. His Conqueror Haki ability also received recognition from Whitebeard, which was evidenced when he visited his ship and made most of his pirate crew unconscious. He was also able to stop the magma blow from Sakazuki. Shanks’ Haki ability is even considered to be one of the strongest. Kozuki Oden is a leader in one of the areas in Wano. He is a strong and friendly person. In fact, Oden earned the respect of pirates like Whitebeard, Roger, and even Shanks. Oden is also a very skilled sword user, coupled with his Armament Haki abilities make Oden a formidable character.

Roger may have died more than 20 years ago, but he is still considered one of the strongest Haki users in the series. His fight with Whitebeard some 20 years ago on an island, provides clear evidence of this. In the battle that took place for three days and three nights, it could be seen how the situation on the island where they fought was greatly shaken.

Apart from the sky being split open and a black flash appeared, the conditions on the island where they were fighting also trembled slightly and the animals there were frightened by the air or the presence of Haki. This can be seen when Whitebeard was about to dock on the island. Also, how Kaido admits that Roger can rule the world with only Haki abilities.