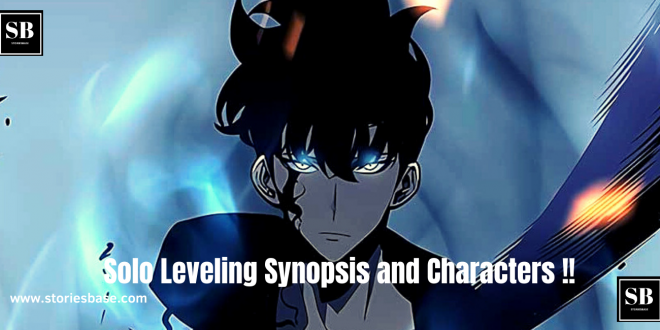 The solo leveling comic is a webtoon from South Korea with the fantasy action genre published by D&C Media. This webtoon has gained more than 141 thousand likes on the KakaoPage platform. With the acquisition of quite a lot of likes, are you getting interested in reading solo leveling comics?

If so, then you must read this article first to make it easier to understand the storyline of this comic. Because the author will discuss the author, synopsis, characters, and platforms that you can use to read this comic. Interesting right? Let’s take a good look at this article!

Finally, the novel which has a Korean name “Na Honjaman Rebereop” was adapted into a manhwa (Korean comic) with the same title on KakaoPage on March 4, 2018. This comic was illustrated by Jang Seong-rak (Dubu) from Redice Studio.

Thanks to its popularity and quality, this manhwa is on the otaku reading list even when it is still relatively new.

In order to better understand the storyline when reading solo leveling comics,

A portal called “gate” appears ten years before this story begins. The portal connects the real world with the monster world. After that, some people were called “hunters” because they received the special ability to eradicate the monsters inside the gate.

This comic tells the adventures of the protagonist Seong Jin-woo, a hunter with the lowest level (E-rank). So weak, he is no stronger than normal humans and earned the nickname “The World’s Weakest” from other hunters.

One day, Seong Jin-woo and others were trapped in a very dangerous dungeon. It was so dangerous, only a few managed to escape and survive.

Seong Jin-woo barely survived and became the only one who managed to complete all the tests that were in the dungeon. This incident gave him a second chance to improve his abilities and appearance.

After that, Seong Jin-woo continued to hunt monsters and became the most powerful hunter. Seong Jin-woo’s adventures in fighting monsters are divided into sections or sub-plots. Each sub-plot has its own story focus that plays a role in the overall story.

This first type of monster is a monster that has its own world, has consciousness, and cannot be made a shadow soldier by Seong Jin-woo.

Each hunter in the Solo Leveling comic has their respective duties with the following division of tasks:

Meanwhile, the Mining Team has the task of mining precious stones in dungeons or in gates.

As the name suggests, the Collecting Team is in charge of collecting monster carcasses.

When reading solo leveling comics, you will find character rankings according to their strength and prowess. So, to avoid confusion, here is the ranking, sorted from the best (top) to the worst (bottom):

When reading solo leveling comics, you will often meet this one character because Seong Jin-woo is the main protagonist who gets the opportunity to develop his powers to be unlimited.

With his new ability, Seong Jin-woo finally became the greatest hunter ever.

However, Seong Jin-woo was caught in an endless war between rulers and monarchs. The two groups have their own agenda with humanity.

Yoo Jin Ho or commonly called Jin Ho is a friend of Seong Jin-woo. Yoo Jin Ho came from a wealthy family and became the deputy master of Seong Jin-woo’s guild. Jin Ho had a habit of wearing very luxurious and expensive armor which made him the butt of jokes.

Seong Jina is the younger sister of the teenage Seong Jin-woo. Unlike her sister, Seong Jina is an ordinary human who has no magical abilities at all.

Park Kyung Hye is the mother of Seong Jin-woo and Seong Jina. Four years before the story begins, Park Kyung Hye suddenly falls ill and suffers from “eternal sleep,” a sleep disorder caused by magical waves. Not long after, he fell into a coma.

This incident resulted in Seong Jin-woo acting as the family liaison and replacing his mother. However, four years later, Seong Jin-woo managed to find a rare potion that could cure his mother’s disorder.

Lee Joohee is a level B hunter who has a special ability in the field of healing magic. Joohee was one of Seong Jin-woo’s friends when he was a level E hunter.

Although Joohee was one of the survivors of the double dungeon event with Seong Jin-woo, Joohee was severely traumatized from the experience. As a result of that, he finally decided to retire early from the hunter.

Cha Haein is the only female hunter of level S who has the ability in swordsmanship. Haein has a strange condition that allows him to smell the stench of fellow hunters.

Long story short, Haein finally fell in love with Seong Jin-woo after witnessing his abilities and knowing that Jinwoo was the only hunter who had a “good smell.”

Seong Ilhwan is the father of Seong Jin-woo and Seong Jina. Ilhwan is a level S hunter from South Korea. Ten years before the story begins, Ilhwan suddenly disappears from the dungeon (a dimensional gap where monsters appear) while carrying out an attack.

After ten years later, he returned to the human world to help his son against the kings. In addition, Ilhwan also revealed that he was one of the ruler’s messengers or one of the seven humans chosen by the rulers to serve them.

The mission was finally conquered by Ilhwan, but during the final battle he unleashed a power far greater than the limit his body could bear. As a result, Ilhwan died in the arms of Seong Jin-woo.

Go Gunhee is a hunter with a Korean S-Rank level as well as the top director of the South Korean Hunter Association. The association is a government agency in charge of supervising all hunters, portal gates, and active guilds.

Unfortunately, Go Gunhee was later revealed to be one of the ruler’s messengers. In addition, he also suffers from various health problems caused by his old age. These two things resulted in him not being able to use his power to the fullest.

Finally, Go Gunhee was killed by a king.

Thomas Andre is a hunter who comes from the United States as well as being the strongest hunter. He managed to occupy the world’s number 1 hunter ranking and became one of the five “national level hunters”.

Thomas also became the messenger of the rulers and earned the nickname “Goliath” because of his large body and extraordinary strength. After Seong Jin-woo beat him in a fight, they became good friends.

After that, Thomas gave Jinwoo the strongest magical weapon in the world called “Kish’s Anger” as a gift.

Siddharth never appeared physically in the manhwa and became one of the ruler’s emissaries.

Goto Ryuji is one of the strongest hunters from Japan. When reading solo leveling comics, you will feel annoyed with Goto because he is very selfish and likes to ignore human life.

In fact, his strength is still much weaker than the national hunter. Due to his haughty nature, he was eventually killed in an attack by a powerful ant monster called the “Ant King” during a raid on a level S portal gate on Jeju Island.

Lennart Niermann became the strongest hunter who came from Germany and was ranked number 12 hunter. Lennart has a high responsibility for kindness and is not arrogant.

This is shown when he is willing to use himself as bait to save Thomas from being killed by the kings.

Ashbron is a creature nicknamed “King of Shadows” and “King of Spirits”. Previously, Ashborn was the most powerful ruler with and was nicknamed “The Greatest Flake of Light”. After thousands of years of fighting an ancient war between rulers and kings, Ashborn is finally bored.

In the end, he chose Seong Jin-woo as his envoy in the hope of ending the bloodshed once and for all. When Seong Jin-woo was “killed” by the kings, Ashborn appeared to save him.

Not only that, Ashborn also gave a detailed explanation of his past. After transferring all of his remaining power to Seong Jin-woo, Ashborn experienced eternal sleep and let Jinwoo take his place as “Shadow King”.

Antares is a creature nicknamed “King of Destruction” and “King of the Dragon of Light”. Antares becomes the most powerful king and the last antagonist in the Solo Leveling comic series. After Seong Jin-woo killed the three previous kings, Antares invaded the human world to finish him off.

But in the end, Antares failed in his mission and was killed by the rulers.

The rulers (Korean: jibaejadeul) or also known as the “Slices of Light” are an ancient race of humanoids who are similar to angels. Jibaejadeul has a desire to protect humanity from being annihilated by the kings.

Unfortunately, they carry out these intentions in a morally contentious manner and are indirectly responsible for the millions of human lives lost since the monsters used the portal gate to cross into the human world.

The last character in the Solo Leveling comic is the king or gunju. They were an ancient race of monsters who wished to exterminate the human race for their race’s selfish ends. Raja is the main antagonist in this comic.

They do not care about human life and have a very arrogant nature towards anything that is considered lower than themselves. Each king governs different races of monsters and looks like the monsters they control.

The publishing schedule is one chapter per week with a total of 14 volumes consisting of 119 chapters. The good news is that this comic is now finished. So, you don’t have to wait if you want a marathon reading solo leveling comics.

Some moral messages or life lessons that we can learn when reading solo leveling comics are:

1. Keep fighting even if you are weak

As Seong Jin-woo did, he continued to fight even though he was very weak for the sake of his mother and sister.

2. Don’t run away from the problem

Besides continuing to fight, Seong Jin-woo also did not run away and left his friends even though he was a level E hunter at that time.

Even though Seong Jin-woo became strong with the consequences of losing his many emotions, he still stood firm by loving his mother and sister very much.