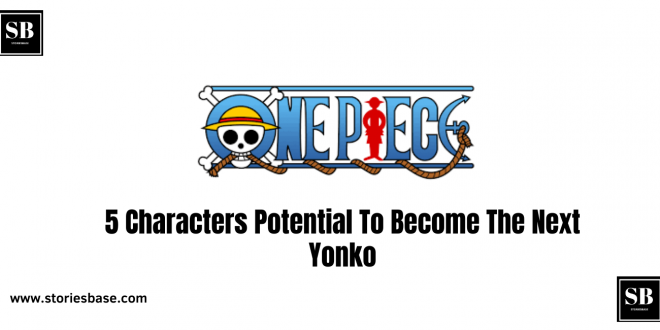 The Next Yonko : 5 Characters Potential To Become Yonko

In the world of One Piece , the Yonko are the four strongest pirates who have a great influence on the pirate world . Their strength was at a higher level than ordinary pirates so the World Government itself was extremely wary of them.

Previously, the Yonko consisted of Whitebeard, Shanks, Big Mom, and Kaido. However, after Whitebeard’s death in the Peak War, his position was replaced by his former subordinate, Blackbeard.

who have the potential to become the next Yonko

Also known as the Surgeon of Death, Trafalgar D Water Law is the captain of the Heart Pirates and a member of the Worst Generation. Law is very strong because he has the devil fruit ope ope no mi . The devil fruit allows Law to create space and he has complete control over all objects in that space.

After the devil fruit was awakened, Law was strong enough to deal a crushing blow to the Yonko as strong as Big Mom. Although his strength is still not at the Yonko level, Law has great potential to become a Yonko in the future.

Just like Law, Eustass Kid is also a member of the Worst Generation. Throughout his journey to become a pirate, Kid has fought three of the four Yonko. The fact that Kid is still alive after fighting three Yonko has proven that he has the potential to become the next Yonko.

In terms of strength, Kid is a user of the jiki jiki no mi , a devil fruit that allows Kid to manipulate magnets. Just like Law’s ope ope no mi , this devil fruit has also experienced a revival, allowing Kid to turn other people into magnets.

As the main character in the One Piece series , Luffy is known as the one who will find the treasure of One Piece and become the Pirate King. Luffy is a user of the Gomu Gomu no Mi Devil Fruit, a devil fruit that turns his body into a flexible rubber.

After experiencing an awakening, the devil fruit transforms into a hito hito no mi, model: nika . The devil fruit allows Luffy to transform and gain the power of the Sun God, Nika. Luffy himself has been known as the fifth Yonko since the events that occurred on Whole Cake Island. With his strength and reputation, Luffy has great potential to become the next Yonko.

Ruler of Amazon Lily, Boa Hancock is known as one of the strongest female characters ever in the series. Before disbanding, Hancock was also the only female member of the Shichibukai.

Hancock has a devil fruit called mero mero no mi which allows her to turn anyone who has lust on her into stone. In addition, Hancock also mastered all three types of Haki which indicates that Hancock has the power to become a Yonko.

Charlotte Katakuri is the second son of Big Mom and one of the Sweet Commanders in the Big Mom Pirates. As the strongest in Sweet Commanders, Katakuri is said to be the one who will most likely replace Big Mom if Big Mom dies. Not only as a crew captain or ruler of Whole Cake Island, he also has the potential to become Big Mom’s successor as a Yonko.

Fans must have seen Katakuri’s potential through his fight against Luffy. Katakuri possesses the devil fruit mochi mochi no mi and masters all three types of Haki. Katakuri has never been defeated before in a fight before Luffy became the first person to defeat Katakuri.